How a tiny country shames Germany by getting digitalisation done.

My first Social Media Week session was poorly visited – which was a shame as for me,

Siret Schuttings presentation „Building Blocks of the Digital Society: the e-Estonian example“ posed a first highlight to this week.

As a German, I do have – like many, I suppose – an image of the nordic countries as being somewhat cool, without really being able to define this „cool“.

The (former?) teacher’s jaunty speech gave an interesting insight into a mindset and a hands-on political approach towards the digitalisation of an entire society which shames the German government’s half-hearted and strategy-free “digital agenda“. How much can a country the size of Lower-Saxony and with a population smaller than Hamburg’s outperform a so-called „innovation leader“?

I will try to illustrate this clash of digital cultures and predominant mentalities by giving a few examples and quotes:

„Everything you do in the classroom today is going to happen in the world in ten years. Today’s students are the poliy makers of the future.“

Estonian schools work with an app which enables constant feedback for both teachers and students. I had to ask whether this move did trigger resistance from teachers (remembering the old „Spick mich!“-Case where a German teacher claimed against students‘ feedback on a Social Media platform as the teachers‘ association saw her personality rights infringed). Apparently, the only ones who ever protested where students – as their shortcomings and misbehaviour is made transparent to their parents.

„Young people do not need help with finding ideas – they need help implementing them.“

Over the last 15 years, there has been a shift from students programming websites (normal in Estonia’s 90ies…) and helping students finding business ideas to developing apps („everyone has their own app“). An impressive example of this: Two 15-year-old girls invented an app which helps to detect date-rape drugs in drinks.

„Our declared goal: Citizens do not have to enter a governmental office ever in their lives.“ 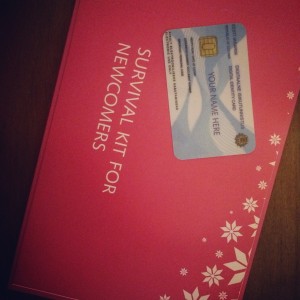 With the help of a digital identity card and a mobile pin, citizens can handle all official transactions, they can even elect by text message. According to Schutting, the majority of online voters is over 55 years though – „young people like to go and vote because it’s so nice and retro that way“. The government has a no-paper-policy and the small country offers its service as a hub between western, eastern Europe ad the nordic countries – they seem to be pretty proud of their “centre of the world“- tradition with Tallin, the “pearl oft he Hanseatic league“, as their capital.

Two classical German barriers against digitalisation – privacy and data security – are not taken less serious in Estonia. On the contrary: For all governmental services, there might be one central access point for citizens, but there is no central server. On the other hand side, every citizen can trace back if someone has checked their data illegaly (example: Policeman trying to find Ex-girlfriend’s new address). Estonian officials like to counter our fear of digital data leaks by known analogue leaks such as Michal Schuhmacher’s (paper) hospital files.

„Technology is the biology of the future“ was Siret Schutting’s conclusion with regard to education as a building block for a digital society. I wonder which part the digital age can possibly play in Germany’s educational system with so much ignorance at political top level. My feeling is it could hardly be further apart from being politicians‘ lovechild for the time being.